The Aeolian archipelago, “islands with a well-educated beauty”

The Aeolian archipelago has been enchanting several voyagers since forever.

Among them there is the clever and talented Giuseppe Sinopoli. After having graduated in Medical Science, he followed his passion for the music. So he became a great music director and composer.
But he was interested in archaeology and antiquity too.
After a short holiday on the island of Lipari he looked for the ideal place where he could build his house, he meant his own buen retiro, a good retreat. 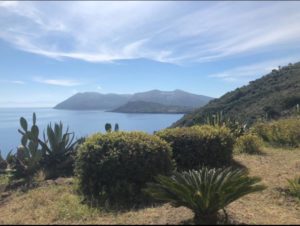 The rich collection, which is housed in the Archaeological Museum of Lipari, history and lush vegetation of Lipàra/Meligunis appealed to him.
Because the famous musician– archaeologist stated indeed that the Aeolian Islands had “a well-educated beauty” and chose them for his own place of soul.

Nearly twenty years after his death, the villa among olive trees on a plateau is evidence of Sinopoli’s deep love for the island. Even more he named it Casa Aristaios, house Aristaeos. This name reminds the shepherd, who would have introduced plantations of vines and olive trees.

Sinopoli enjoyed Lipari many times. He was keen on the myth and Greek culture, which is clearly seen. Therefore he carried on with his activity as a musician by drawing inspiration from the landscape and the thousand-year old past.

Moreover, he wrote a book consisting of three tales. Not by chance the title is I racconti dell’isola (Tales of the island).

So, he depicted his real bond with the biggest of the seven sisters in the Mediterranean Sea.

In conclusion, full sensorial experiences and some divinities are established amongst themselves. Artemis, Hephaestus, Aphrodite are symbols of this place. Above all Odysseus, the great Greek hero landed on the white beaches of the pumice quarries. 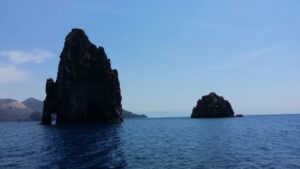 Sinopoli certainly left us an act of love for Lipari. He celebrates its beauty and richness. Here the four elements, air, water, fire and land, are well mixed with history and ancient culture.